‘His horrible embodied eyes were on the poor harmless spectre’

I’m thankful for a childhood of literature containing lines like that. Some of my fondest memories were of my father reading-out tales of H.G. Wells, Edgar Allen Poe, Joan Aiken, Edith Nesbit, W.W. Jacobs and more, from a collection called ‘Haunting Ghost Stories’. Punctuated with exaggerated shrieks, ad-libs and more.

Being raised in India, I never had the chance to celebrate Halloween. I mean, it would just be weird to dress up like Count Dracula and land up at a confused neighbor’s house. No dogma, really. Just a case of context. But, these tales led to a diary. I remember diligently documenting each ‘rakshasa’ I came across from the Mahabaratha and Ramayana. Most kids of my generation (early millennials) were exposed to these epics through the fabulous Amar Chitra Katha comic books. It was a black diary I maintained with my dad, and as the ‘rakshasas’ got increasingly esoteric, my excitement grew. Rakthabeeja, who grew from drops of blood. Patalaketu, who disturbed a sage’s penance.

I guess my point is, Halloween or not, there’s something universally and intrinsically fascinating about ghosts, spectres and other paranormal forces. It amuses me, at times, that kids even prefer them to doctors. Well, circling back, Halloween IS around the corner and I have a beginner’s excitement. SO much to do, so many characters to dress up as…how will I go about it? 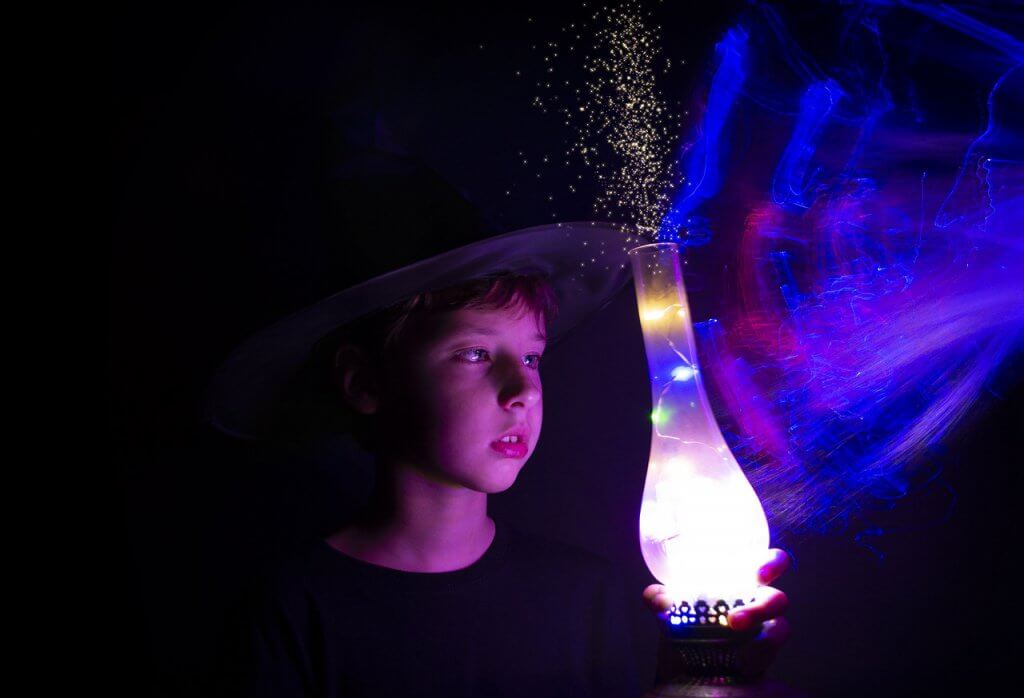 For starters, I must say it’s a magnificent time for science. Spooks, like many mysteries of the world, give room for imagination, creativity and scientific curiosity. These are qualities at the very heart of STEM education. So many possible Halloween science experiments and Halloween DIY activities at home! I’m going to (attempt to) share a few ideas on how you (and I) can use Halloween as an educational opportunity:

Why not a good history lesson, huh? Halloween is essentially a contraction of ‘All Hallows Evening’. There are many theories on its origins, but a popular one is that it originated from the Gaelic festival called ‘Samhain’. In essence, Samhain marks the end of the harvest season and the beginning of winter, or the ‘darker half’ of the year. It was one of four seasonal festivals of the year. But, what about the stuff we know from modern Halloween, like trick-or-treating?

That’s relatively new. It’s been a tradition in North America since the 1920s, but has evolved from the tradition of ‘guising’ in Scotland, Britain and parts of Ireland, which dates back to the 16th century. People would put on a costume and a small performance, to be rewarded with food or treats. The Jack-O-Lantern? Well, that term was originally used to describe a visual phenomenon called Ignis Fatuus (i.e. Foolish Fire). In English Folklore, it’s called ‘will-o-the-wisp’. Essentially, it’s an atmospheric ghost light seen by travelers at night, especially over bogs, swamps and marshes. What causes it? Bioluminescence or chemiluminescence, caused by the oxidation of phosphine (PH3), diphosphine (P2H4) and Methane (CH4) produced by organic decay.

2. A Halloween STEM activity you and I can try:

How about making a halloween glow-in-the-dark salt circuit? It’s a spooky twist on the salt circuit classic. Kids typically love this, and it doesn’t require too much in the way of special supplies. Check out the step-by-step video below:

What I’d really love to do is replicate this in a natural environment, and have a family adventure. Imagine, I hide away in a corner of the woods, and create a bioluminescent trail which my kid has to follow to find me? Oooh. Artists Fredrik Van Schoor and Tarek Mawad actually did something like that.

They infused a forest in Germany with bioluminescence and created a spectacular short film called Bioluminescent Forest. ‘A forest with glowing plants, mushrooms and trees is what we wanted to see, and where we wanted to live since we were little children…” they said, about the childhood origins of their incredible experiment. (As a side, when people ask WHY tech can be beautiful, this film is worth looking at)

Earlier, I was talking about exploring parallel traditions around the world. Orboot Earth would be the toy to help you through that. Here’s a little STEM Halloween project you and I can try: 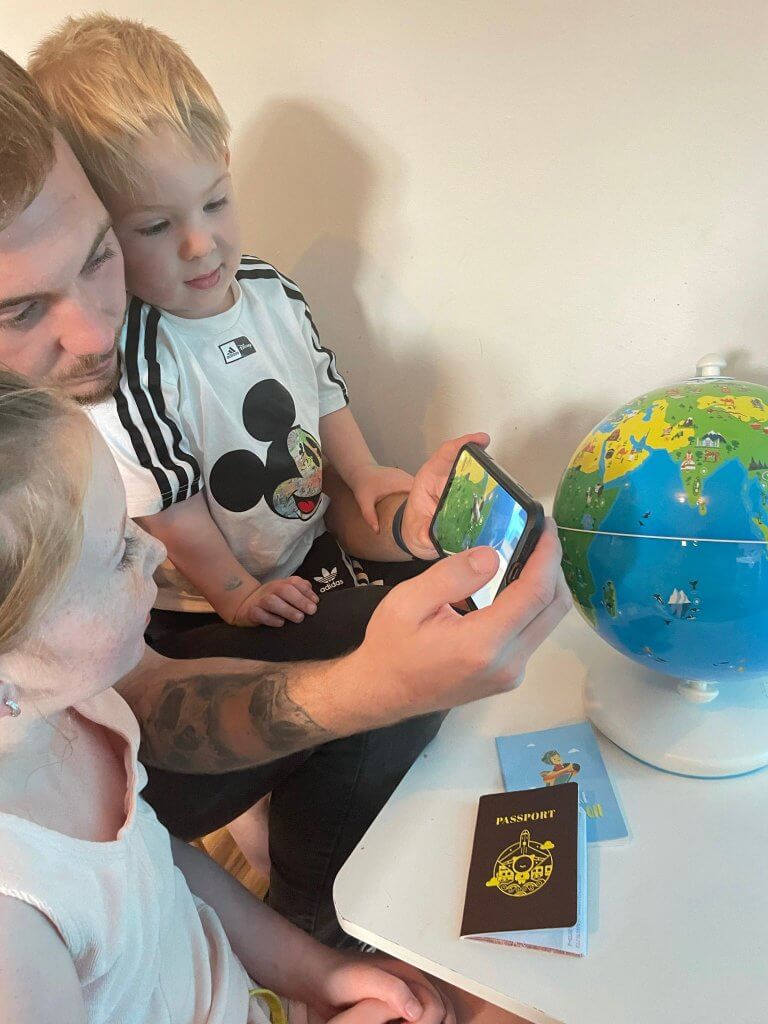 You’d be surprised at how much there is to learn! Did it stop at Romania? Google ‘Halloween-like traditions in Romania’ and you’ll learn about the Day of Dracula, where people flock to Vlad ‘The Impaler’ Tepes’ purported home in Transylvania, Romania. Of course, there have been long-running debates about whether he actually lived here or not, but that’s beside the point.

Did it point to Hong Kong? Then, you get to learn about The Hungry Ghost Festival, which falls around Mid-August to Mid-September. People believe that spirits get restless around this time of the year and begin to roam the world. The festival is a way to ‘feed’ these spirits the money and food they need for the afterlife!

Did it point to Bulgaria? You might just have arrived at one of the oldest and best costume parties in the world! You get to learn about Kukeri, a centuries-old Thracian tradition that takes place across Bulgaria over the last weekend of January. People from villages and towns across the country come together for the largest celebration, which is held in a Pernik town square, just outside the capital city of Sofia, to parade their monster costumes. Each village has a distinct monster style, and the festival goes on for two days to ensure every ‘group of monsters’ has had their turn to scare away the bad spirits.

You can take turns to get blindfolded, or do the entire Halloween STEM activity together.

Either way, this is an incredibly simple way to broaden cultural awareness on an occasion that has no shortage of learning opportunities.

4. STEM out the usual stuff:

But, let’s say you want to do the more ‘usual’ stuff like carving a Jack-O-Lantern. How about making it a STEM Halloween activity? Like carving a pumpkin with all the math symbols you know. Add , ,, , , , % and plenty more. Maybe…just maybe, you can even have cryptic math sums on these pumpkins? The answer to each one will lead you to a clue. That could unfold into a monstrous math treasure hunt, which ends with some awesome Halloween costumes as gifts?

I might be overshooting here, but why not!? We are playing with paranormal flavours, after all.

Alternately, you can try creating mini-crosswords or Su-Do-Ku puzzles on the veggies you carve. Break up into teams. Each time is assigned a veggie, and once you’ve made the puzzle, the other team has to solve it. Whichever team solves first, wins. There’s plenty of room for Halloween science projects like that.

How about recording a family Halloween soundtrack? Recreate spooky sounds, and mix them into an audio track of your own. BUT, there’s a catch. You need to recreate them using methods of science! For example; try the classic wine glass sound experiment. It’s a fantastic way to understand the properties of sound, and as a bonus, the ‘song’ of glass has spooky overtones. Once you manage to get the glass to sing, record the sound and see if you can turn it into an atmospheric background track for a spooky film! I’ve achieved the sound a couple of times, but think this might be worth attempting this time around. My own Halloween media project! 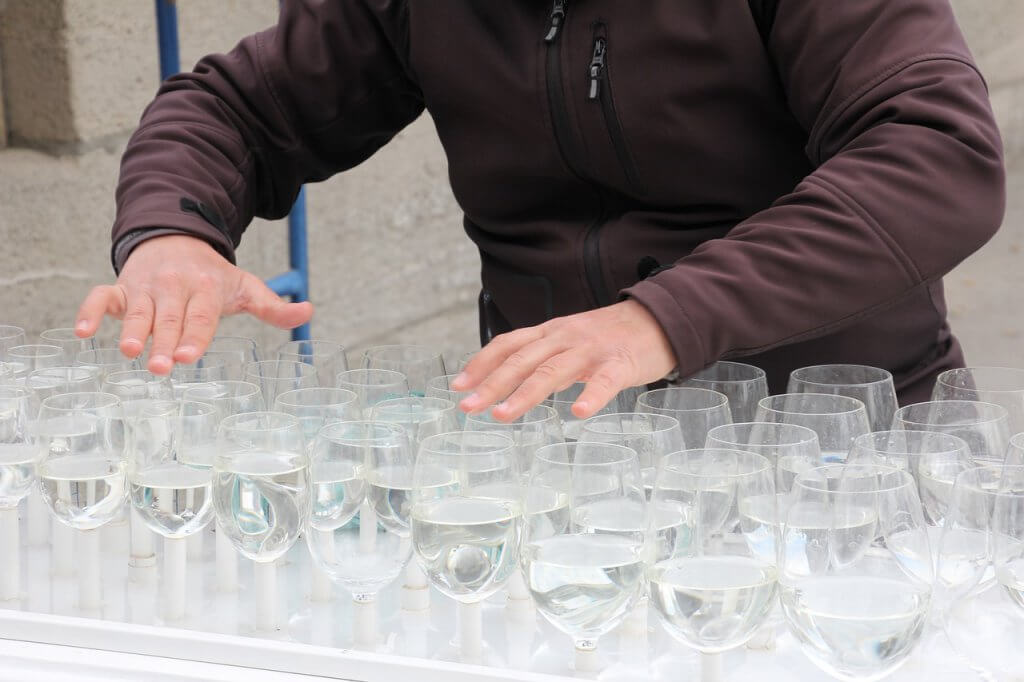 Speaking of media, Halloween is a fantastic occasion to explore the rich history of vintage horror films. Think about this: modern Halloween traditions started in the 1920s, some of the oldest horror films are from the same time period or before. I’d called this type of event ‘What scared your great grandparents’

(Pro Tip – Plenty of these pieces of history are available on YouTube.)

And of course, what’s Halloween without a good podcast or three? Here’s a bunch of them worth exploring:

Unspookable: Elise Parisian hosts this family-friendly podcast that looks at the histories and myths behind well-known scary stories, myths and urban legends.

The Creeping Hour: NPR’s production, which is perfect for the whole family to sit around and listen to terrifying tales.

Revenge of the Creeps…and Other Scary Stories: Written by then 6-year old scary-story obsessed author Natalie, it’s perfect for kids who love the feeling of getting scared by scary stories. If you’re wondering WHY anybody would love getting scared, it turns out there’s a perfectly scientific explanation for it. In short, it’s due to a release of dopamine. Sociologist Margee Kerr says It’s like your body is ‘hijacking the flight response and enjoying it’, since it’s not actually threatened.

Scary Stories for Creepy Kids: A weekly podcast featuring short stories, written by kids for kids, and voiced by kids. Hear about a mysterious doll that comes to life, werebobcats and an odd place in the woods where bones are found!

Well, that’s my little basket of Halloween ideas. If you’re looking for more intricate and elaborate DIY experiments for older kids, I’d suggest checking this page or this one. Whether it’s concepts of chemistry like control groups and isolated variables, Halloween-themed structural engineering, or knowledge about food preservation, there are lots of ghoulishly good ideas to pick from.

Isn’t it interesting that we’re somewhat unified through our fascination for the morbid, regardless of culture? On that ‘somewhat’ universal note, I wish you and your family a skeletal, ghastly, fun, crawly, mysterious, tingle-inducing Halloween full of STEAM wonders! 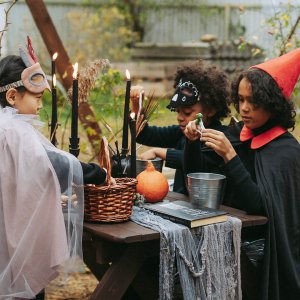 Until then, I’ll leave with you this quote ‘…with a glance over his shoulder, he opened the lid and looked in.’